On This Day in November

1605 5th Nov The Catholic 'Gunpowder Plot' to assassinate James I is discovered and Guy Fawkes is arrested http://www.gunpowder-plot.org/

1688 5th Nov William of Orange lands a 12,000-strong army at Torbay to claim the British throne from James II http://www.bbc.co.uk/history/people/william_iii_of_orange 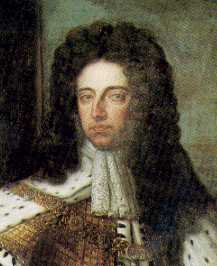 28th Nov 1290 Edward I's wife, Eleanor of Castile, dies. Crosses are erected where her body rests on the way to London http://www.medievalqueens.com/queen-eleanor-of-castile.htm

4th November 1529 - Cardinal Thomas Wolsey is arrested for High Treason, and was taken from his home in Yorkshire to the Tower, however, the Cardinal was never to see the Tower as he fell ill on the journey and died at Leicester Abbey. http://www.luminarium.org/encyclopedia/wolseybio.htm

9th November 1541 - Queen Catharine Howard, King Henry VIII’s fifth wife is confined to her rooms and later taken to Syon House where she stayed until being taken to the Tower in February 1542, where she was beheaded. http://englishhistory.net/tudor/monarchs/howard.html

3rd November 1470 - Edward V, King of England , one of the ‘young princes’ held in the Tower by their Uncle, King Richard III, is born. http://www.royal.gov.uk/historyofthemonarchy/kingsandqueensofengland/theyorkists/edwardvdeposed.aspx

8th November 1605 - Robert Catesby, English conspirator in the Gun Powder Plot, was killed. He and fellow conspirators,Thomas Percy and Christopher and John Wright had fled London to Holbeche House in Staffordshire when the plot was discovered. On November 8th, the manor house was surrounded by the Sheriff of Worcester and his troops. The conspirators refused to surrender and a gunfight broke out during which Robert Catesby and his fellow conspirators were shot dead. http://www.gunpowder-plot.org/catesby.asp

2nd November 1483 - Henry Stafford, Earl of Buckingham and Constable of England, was beheaded in Salisbury for Treason. His eldest son, Edward, suffered the same fate on 17th May 1521, he was beheaded on Tower Hill after a short spell as a prisoner in the Tower of London held on charges of treason. http://www.luminarium.org/encyclopedia/henrystafford.htm