On This Day in June

7th June 1394 Anne of Bohemia, wife of Richard II of England dies after being infected by the plague http://www.westminster-abbey.org/our-history/royals/coronations/richard-ii-and-anne-of-bohemia

9th June 1549 Book of Common Prayer is adopted by the Church of England on the same day as the Act of Supremacy is Passed. http://www.bcp350.org.uk/story.php

21st June 1377 - Edward III, king of England dies at the age of 64 http://www.royal.gov.uk/historyofthemonarchy/kingsandqueensofengland/theplantagenets/edwardiii.aspx

19th June 1566 - James I of England is born. http://www.royal.gov.uk/HistoryoftheMonarchy/KingsandQueensoftheUnitedKingdom/TheStuarts/TheStuarts.aspx

11th June 1685 James Scott, Duke of Monmouth and the eldest of thirteen illegitimate children of Charles II, lead a revolt against his uncle, King James II. It didn't end well. James Scott was defeated and later captured, taken to the Tower and imprisoned then taken for execution on Tower Hill. http://www.britannica.com/EBchecked/topic/389635/James-Scott-duke-of-Monmouth

14th June 1381, Simon Sudbury, Archbishop of Canterbury was dragged from the Tower of London by peasants from the Peasants Revolt, who had congregated on Blackheath to negotiate with King Richard II. The Archbishop was dragged onto Tower Hill and beheaded after eight swings of the axe. His crime was being the Lord Chancellor of England and imposing taxes upon the people which were unpopular. Later the peasants were rounded up and executed. http://www.nndb.com/people/260/000097966/

10th June 1540, Thomas Cromwell was arrested at Westminster and taken to the Tower for imprisonment. He was later executed on Tower Hill for Treason. He is the Great Grandfather of Oliver Cromwell who defeated Charles I and became Lord Protector of England. http://englishhistory.net/tudor/citizens/cromwell.html

24th June 1540 - King Henry VIII commands his 4th wife, Anne of Cleves, to leave the court. Later their marriage is annulled and she is proclaimed to be his 'sister'.

1541 – The Irish parliament selects Henry VIII as king of Ireland

16th June 1567 Mary, Queen of Scots, imprisoned in Lochleven Castle prison Scotland. Contrary to belief she was never held at the Tower of London, nor was she beheaded there. 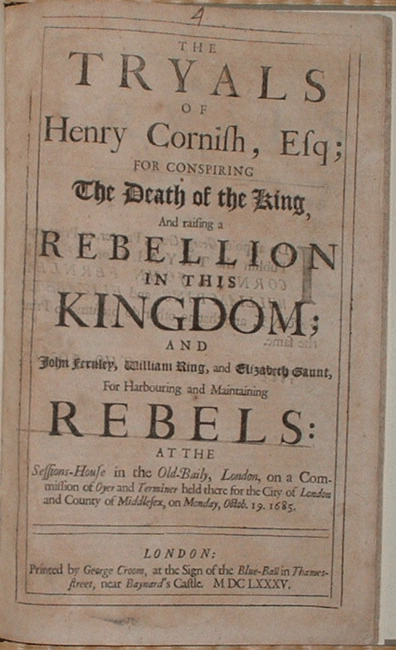