On This Day in July

The defeat of the Armada - Elizabeth I 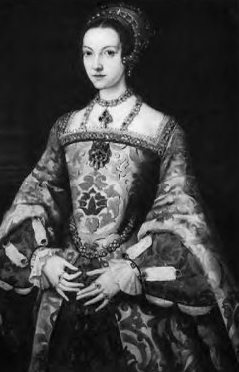 9th July 1540 - English King Henry VIII annuls his 6 month marriage to his 4th wife Anne of Cleves, on the grounds of non-consummation and her pre-contract to Francis of Lorraine

16th July 1546 - Anne Askew, English Protestant was burned at the Stake for Heresy

John Ball and the Peasants Revolt

15th July 1381 - John Ball, a leader in the Peasants' Revolt, is hanged, drawn and quartered in the presence of Richard II of England

19th July 1543 - Lady Mary Boleyn, the first of the Boleyn girls to become the mistress of King Henry VIII of England, dies

King James VI of Scotland and 1st of England

25th July 2006 - It was on this day seven years ago that I had some friends from the American Embassy come for a visit at the Tower of London in the evening. We had a great evening, walked around the Tower without the hordes of visitors that are normally there during the day, had a few drinks in the Yeoman Warders Club, took in the Ceremony of the Keys, and then went up on the South Wall Walk to take in the sights of Tower Bridge and the Thames at night. I was asked to take some photos with Tower Bridge at night as the backdrop. I dutifully did, and each photo I took, James, (one of my guests) had what looked like an orange flame shooting out of his head. At first we all thought that it must be the lights reflecting, but when I focused the camera there were no lights behind him. I took ten photos and in each only James had the orange flame coming out of his head. The South Wall Walk is between two Towers, the Lanthorn Tower and the Salt Tower - the Salt Tower being where many unexplained events have happened. Weird or what!